Knowing Your Team Makes The Difference

Knowing Your Team Makes The Difference

A great player does not alone make a great team. Working together as a team and as a unit are what drive success on the court. Just because so many great athletes think they can do it all alone does not mean they are right. Owasso basketball camps are so often hit or miss and you never know what kind of coaching your young athlete will be getting. But Score Basketball is vastly different from the competition. They have the experience, coaching, and commitment it takes to produce the next generation of great athletes. They have proven this year after year for over 20 years.

The great coaching at Score Basketball speaks for itself. What I mean by that is the fact that the young athletes who have attended a Score Basketball camp have gone on to play at the collegiate level. Some have even been fortunate enough to be selected in the NBA draft and go on to great NBA careers. What these players all had in common was the initial training they received at Score Basketball. And the values that were instilled in them at these camps by great coaches such as head coach Calvert. He Is the best coach in the area.

Mental sharpness and court awareness are a big part of the basketball world. You may be a great athlete but if you don’t know what’s going on with your teammates and you can’t be in tune with the guy next year you will not win. Great teamwork is about great passing and great communication. Those are what so many of the drills at Score Basketball are centered around. Because you can’t have a great team without great communication. It all starts with the coach. And under the leadership of Coach Don Calvert, your young athletes will be headed in the right direction.

The coaches are extremely confident in the fact that they can improve every young player’s skill level. They are confident in this because they have had such great success doing it. A proven track record speaks a lot and shows that they have consistently been the top choice among Owasso basketball camps. Their camp is so much different and so much better. They instill in your child great values that will teach them life lessons and basketball lessons. They even offer you a performance guarantee which states that you will receive 100% of your money back if you are not totally satisfied with the improvement that your young athlete shows.

Call them at 918-955-7160. They want to create a versatile player out of your young athlete and give them lessons that will last a lifetime. Watch the videos on the website and you’ll see young athletes having a ball of a time at Score Basketball. They will shoot, score, dribble, and pass their way to victory when they are coached by the great coaches at Score Basketball. They will never have had so much fun playing the game that they love than when they attend these camps. Having a love for the game is so important and will drive their motivation even further to become the next great basketball player.

A Great Guide To Achievement

In today’s competitive world of basketball, having the right coach by your side can make all the difference. Personally, I have seen too many bad coaches when it comes to young athletic teams. So many basketball coaches are only concerned with themselves and couldn’t care less about each young athletes development as a player and as a person. In fact a lot of Owasso basketball camps provide subpar training for young athletes. But for over 20 years the coaches at Score Basketball have been going above and beyond the call of duty in providing excellence in coaching for young athletes of all ages.

Not many other Owasso basketball camps have such a great reputation in the community. Score Basketball has built its reputation over years of dedication and the pursuit of excellence. Many of their players have gone on to successful careers in college. Some of these colleges include Arizona, Missouri state, and Kentucky. But those are just to name a few. You know when you send your young athlete to Score Basketball that they are getting the best training in the area that is available. They even offer what they call their performance guarantee to prove to you that if you are not totally satisfied with the improvement that you see in your young athlete they will give you your money back.

This camp has even been endorsed by Hall of Fame coaches Eddie Sutton and Bob Knight. What these two great coaches have in common is they know the amount of dedication and practice it takes to succeed in basketball at a competitive level. Score Basketball is all about competition and excellence. But they are also about having fun and instilling important values in young athletes that will benefit them in the future. These Hall of Fame coaches have seen this and know what kind of players are produced at this legendary basketball camp. When you are endorsed by Hall of Fame coaches it means that you are the best at what you do and that you should be taken as the top consideration among Owasso basketball camps.

At the helm of this great camp is Coach Don Calvert. He has been at the reins of Score Basketball for over 20 years. He has made it his life’s mission to take his knowledge of the game and knowledge about life and combined them into important lessons for young players all around the Oklahoma in the Owasso area. His goal is to share his passion for the game with others. You can tell by looking into his eyes that he is serious about what he does. When he wakes up in the morning, he looks forward to nothing more than coaching and sharing his knowledge of the game with others. A man like him as a perfect role model and a perfect coach for your young athlete to look up to.

Give these great coaches a call today at 918-955-7160. Not only will your young athletes foot work, post moves, three-point shooting, and ballhandling skills improved drastically. But their knowledge about the game and court awareness will also show great improvement. And we both know that that is a huge part of winning on the court. Playing as part of the team and having good court awareness and seeing those around you is huge. That is what they teach at Score Basketball. Under the leadership of Coach Don Calvert, you can rest assured and have confidence that your young athlete will improve. It’s guaranteed or your money back! 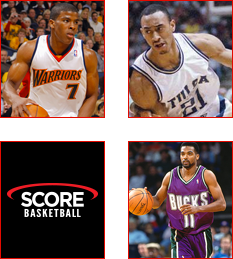